Platform coops – what are they and why should academia care?

A first glance into the future of Quartz OA platform coop

by Evgeniya Lupova-Henry and Ámbar Tenorio-Fornés
Platform coops – what are they and why should academia care?

Note: This is a shorter version of our article that appeared on Commonplace special issue ‘Business of Knowing’.

For our very first blog post in this Quartz OA community publishing space, we want to dive into the topic of 'platform cooperatives': what are they and what could they possibly have to do with academic publishing?

Cooperatives are defined as “people-centred enterprises jointly owned and democratically controlled by and for their members to realise their common socio-economic needs and aspirations.”1 So, they can be used in any field be it finance and retail, transportation, music.... and why not academic publishing?

In fact, the ideas of democratic decision-making and shared ownership have recently been gaining traction as a way to make the so-called “sharing economy” platforms fairer and more inclusive: think, for instance, of Uber vs. The Drivers Coop and Airbnb vs. fairbnb. The “platformisation” of an ever-growing number of economic activities is concerning. Platform owners gain disproportionate power and profits capitalising on free resources provided by their users.

Academic publishing, too, relies on digital processes and technologies and, increasingly, platforms. It is also plagued with inequality, unfair profit distribution and the ever-growing centralisation of control over the publishing process in the hands of large commercial players. Could platform cooperativism be a way to a better - fairer and more inclusive - future for scholarly communications? We think so.

Platform cooperativism holds promise for revolutionising the platform economy through democratic ownership and fairer profit distribution, resulting in better pay, a higher sense of fulfilment for employee-owners and helping keep the profits in the communities2 that these coops serve.

So, let’s go through the key principles of platform cooperativism - (1) broad-based ownership, (2) democratic governance, (3) co-design of the platform and (4) an aspiration to open-source development and open data3 - to see how these can be applied to academic publishing and how they can benefit the ecosystem.

(1) Broad-based ownership and (2) democratic governance of the platform implies that platform users, contributors and workers (those maintaining and developing it) have shared control over the platform (its technological features, algorithms, data, production processes, job structures), collectively govern it based on ‘one member, one vote’ approach, and have a fair share in profit distribution.

The academic community is increasingly recognising the need and the potential of collaborative approaches to the governance of the ‘collective goods’, such as the academic research outputs4. Collective and consortial funding models5 are taking hold to foster fairer open access publishing – allowing both equal ‘access to read’ and ‘access to publish’. Some of these models allow participating funding institutions to have a role in platform governance6, however, these do not involve the broader academic community in decision-making. Platform cooperativism can help broaden the scope of stakeholders involved allowing individual academics to have a say in platform governance along with publishers, institutions and libraries. We believe that empowering academics and giving them the possibility to participate in platform governance and profit-sharing, can allow building new ‘gravitational hubs’7 for academic publishing and stronger academic communities.

(3) Co-design of the platform principle suggests that all stakeholders are included in the development of the platform allowing to account for their needs, capacities, and aspirations8. We believe that building on this principle in academic publishing is critical if we are to create platforms and infrastructures that are just and inclusive.

(4) An aspiration to open source development and open data is all the more relevant for academic publishing where the concept of ‘open’ is being co-opted by commercial publishers to further their goals. They are also re-shaping their business models and moving from publishing to ‘data analytics’9. Platform cooperativism can help to build a better future for academic publishing by broadening the definition of openness on open access publishing.

We believe that platform cooperativism is a promising approach that may allow the actors of the scholarly publishing ecosystem – such as journals, publishers, academic institutions, and individual academics – to take (back) the reins of academic publishing. While scholars have been 'flirting' with this idea for some time already, to date, its has not really been ‘stress-tested’ in academia. Quartz OA plans to do just that and invites you to join us.

So where do we start?

We are inviting those who would like to support us on this journey to join our community.

Don't worry, you are welcome to participate as much or as little as you like, we value any contribution!

Why not start the discussion? 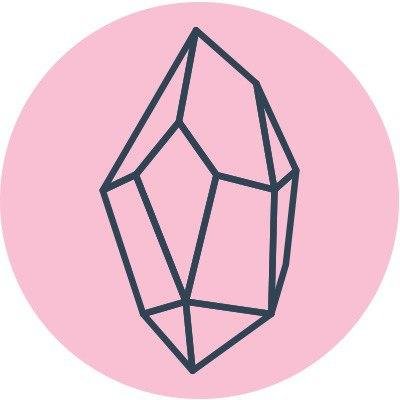